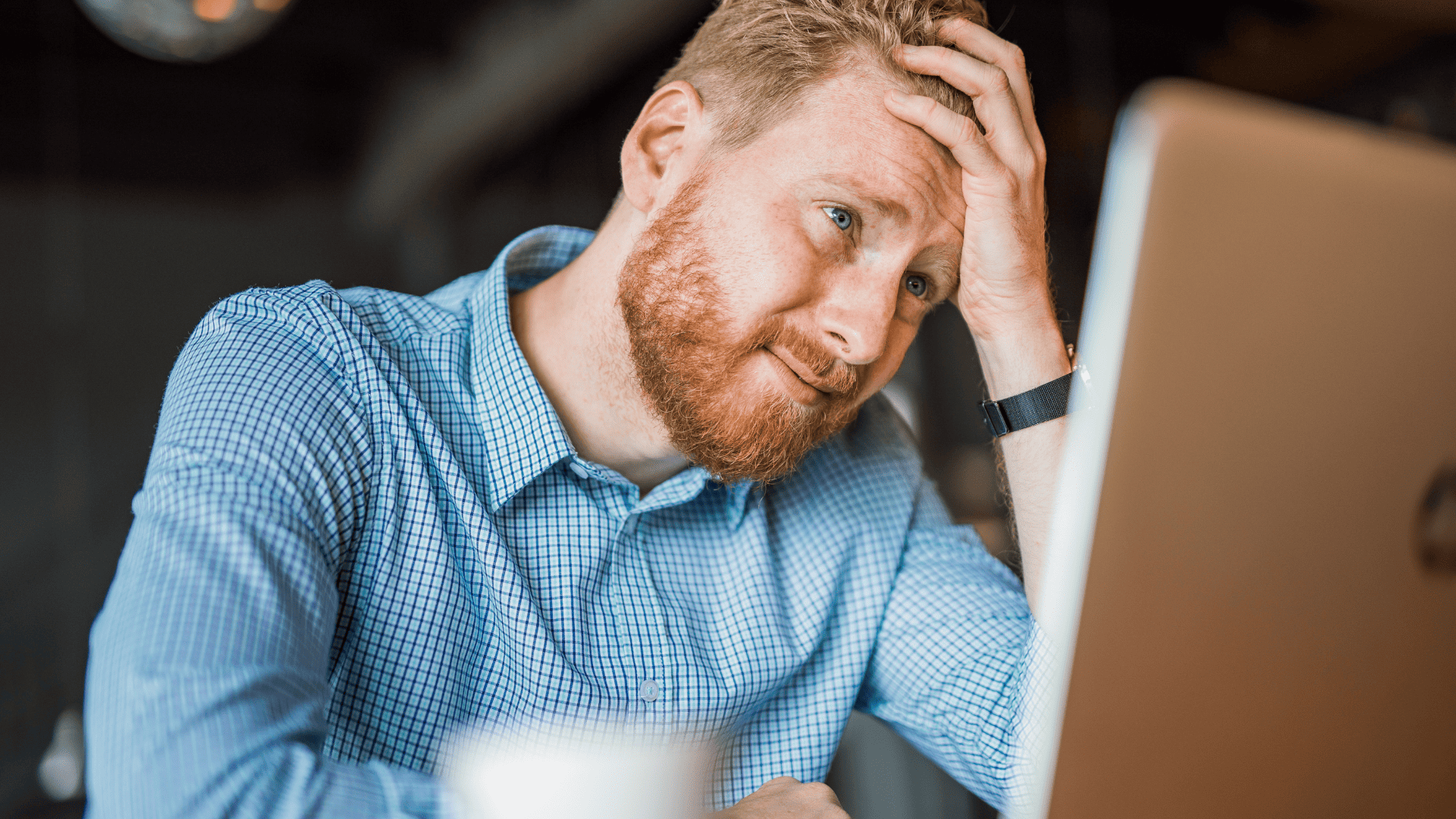 6 Common Estimating Mistakes and How to Prevent Them

Mistake #1 - Having only one bidder 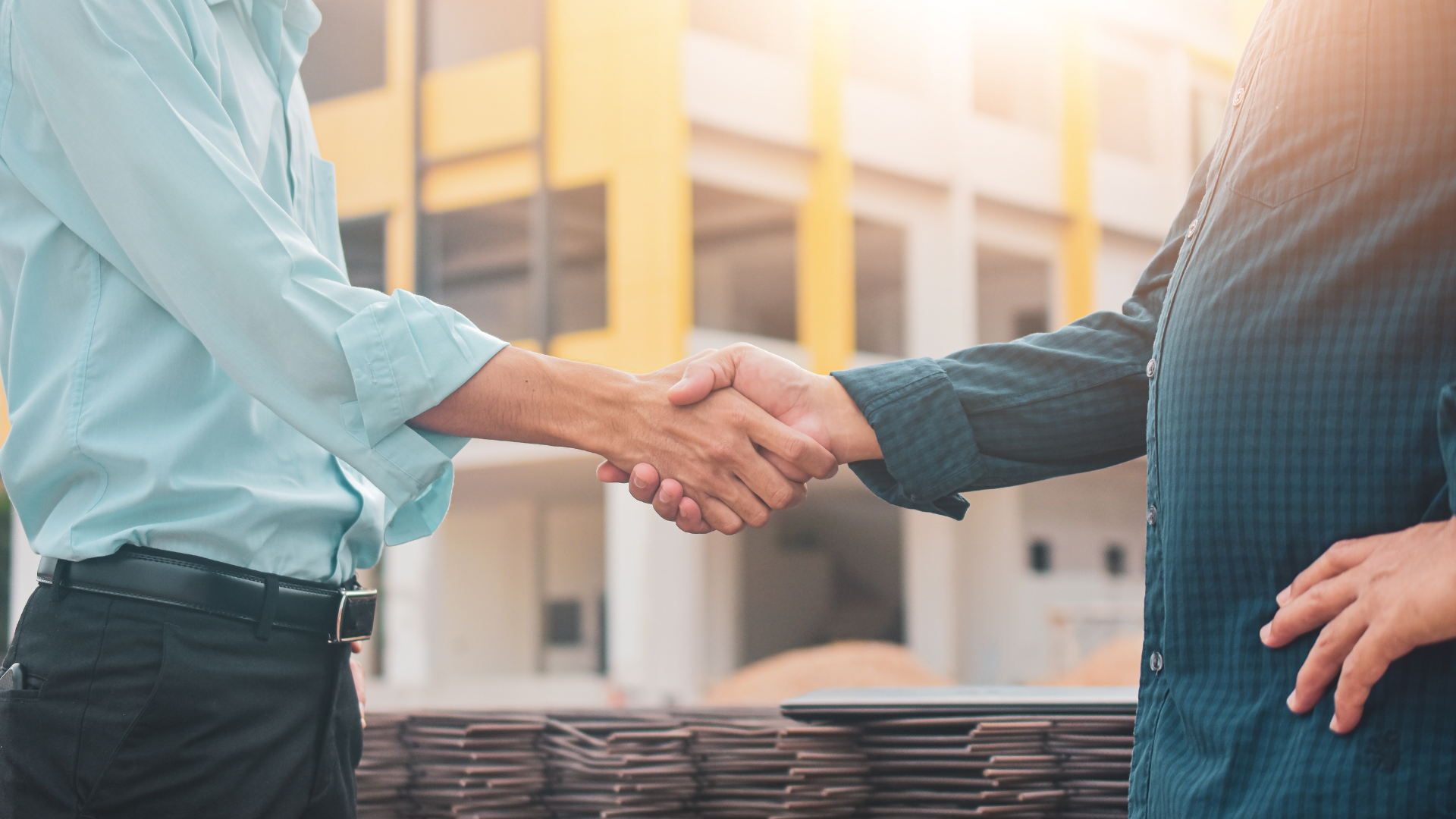 Whether or not you are competing for the job or you intended to only involve one bidder on one or more scopes of work, having only one bidder is a major mistake. What issues arise while pursuing only one quote? Sometimes you may make the mistake that is closely related to having only one bidder --that mistake is not having enough bidders. You will likely experience some of the above issues as well and will ultimately face the same primary challenge: having too high of pricing, which means missed contract opportunities. If you're not careful, you will also find that as a result of not having enough bidders you also contracted with a specialty contractor for a bid package with a missing scope of work. To prevent this mistake, you invite more bidders and get more bids. To do this, many contractors use bid management software. This software makes success more obtainable by streamlining the bidding process. Not all software is equal and some are downright expensive! With BuildBoss Bid Pro, for a small monthly fee, you can quickly find more bidders, share project documents, send invitations to bid, and even review on one handy page the bid status of each bidder on your project.

Mistake #2 - Not prequalifying your bidders

Every general contractor has had a subcontractor or two on a project that they wished they hadn't. Chances are, a flood of bad memories just came to you. Sometimes they have poor quality control, lack of commitment to the schedule, complacency to safety, or relentless change order drama. This brings us to Mistake #2 - Not prequalifying your bidders. The issues that we just mentioned can be resolved by prequalifying your bidders, and you really should be doing this prior to bid day. The reason why is because there just isn't time to prequalify your bidders on bid day. You're also often thinking about how badly you want that job and start taking chances that you shouldn't. Don't get caught in the situation again where you're thinking "if only we properly vetted these guys prior to including them in our estimate, then we wouldn't be stuck with them on this miserable job." Contractors have been using prequalification forms for years. These forms are required by general contractors for all bidders. It contains basic and specific information that the contractor feels they need to properly vet their subcontractors. Usually, general contractors will rate each bidder with some sort of score or grade during this process. This helps them determine on bid day if they can use them and how much they can trust them. We highly encourage you to prequalify your bidders. Our software can help you do this. You are able to look up prequalification data to help you rate or score your bidders according to your own system. You can even send them your own prequalification form if you'd like. 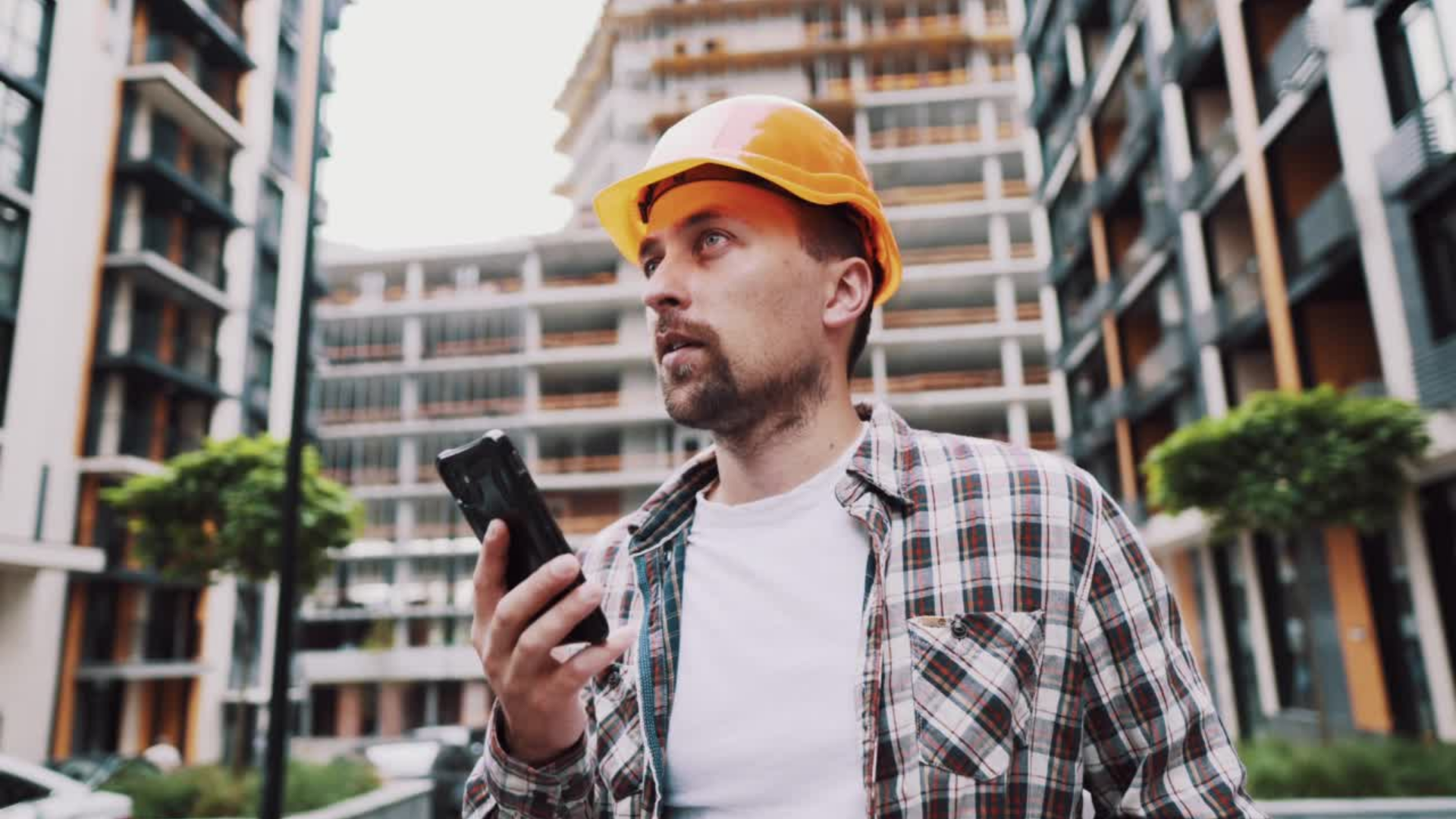 Nobody, including your bidders, likes being ignored. Leading up to bid day, your bidders are reaching out about issues, questions, etc. that relate to the project. If they feel like they are being ignored and that information isn't coming back at the speed that they need it to, they are less likely to participate in your project's bid or they may start loading high numbers into their estimate to address unknowns. This will of course have an impact on your project's estimated price. While you can't necessarily drop what you're doing and answer every email or telephone call that comes your way during the day, you should set aside a scheduled time each day to address RFIs and written or verbalized concerns that you receive from your bidders. Good communication goes a long way to establishing proper rapport with your bidders, and our software can help you maintain proper communication with all of your bidders. We make it easy for you to keep everybody on the same page, track the status of each RFI, send out addenda, and send quick messages out to everybody on your project in a flash.

Mistake #4 - Taking on too much work

News flash: Estimating is stressful! Having too much work to estimate is hard on your estimating team. When this occurs for a prolonged period of time burnout is inevitable. This can cripple your team and even cause valuable team members to move on to what they hope are less stressful, greener pastures. Another problem that arises from your estimating team taking on too much work is that they are more prone to making errors. The first step in preventing this mistake is to actively track your estimating team's current workload. Are you keeping track of what projects they are working on, when they are due, how many hours each estimate is anticipated to take to complete, and how many projects they are currently working on? You can't prevent the mistake of taking on too much work if you don't know how much is too much, and you'll get a feel for it as you keep your eye on it. Another thing that can be done is to provide your team with additional help. Sometimes this means hiring additional employees, but often it's as simple as prioritizing the resources you already have. If you plan ahead, when a big bid or a flood of bids is coming, you'll be able to assign others in the company to pitch in. Even a little help can relieve a significant amount of stress. BuildBoss Bid Pro makes it easy for general contractors and developers to collaborate as a team and track who's got which bid package or scope of work.

Mistake #5 - Failing to say thank you and celebrate success

We've already mentioned that estimating is stressful, but have we mentioned that it is also a job that is done without hardly any thanks or reward? A brief mention in a company meeting of a new contract that came your way because of your stellar estimating team is appreciated, but perhaps more could be done to help them feel appreciated and rewarded for their success. According to a survey by the American Psychological Association (APA), most respondents said that their company had some sort of recognition scheme. More than a third of the people surveyed hadn't received recognition in the previous year though and only half said that they felt valued by their employer. The point is, that we usually have the best of intentions, but our methods to communicate thanks and allow our teams to celebrate their success often fall short. This can leave many employees feeling demoralized or unmotivated. On the other hand, if you celebrate achievement in the right way, you'll likely improve confidence and motivation, and develop happier and more productive teams. Your company can develop a reputation for celebrating wins and effort on lost projects as well. The best way to do this is, once again, to plan ahead. Watch your project bid board on BuildBoss Bid Pro and plan a celebration or an outing with your team at the nearest available opportunity following the due date of each bid. It could be something simple like going to lunch together, throwing axes, or playing golf. At those events, be sure to offer your thanks, showing specific examples of what each member did well. Be sure to have everybody applaud themselves and their teammates for a job well done.

This wouldn't be anywhere near a complete list of mistakes made during the pre-construction stage without mentioning the biggest mistake we all think about constantly. It haunts all pre-construction and construction teams, and that is, of course, missing part of the project's scope of work. We're going to assume everybody knows why this is a big mistake. By not making mistakes 1-5 on this list, you will be better equipped to not make the dreaded mistake #6. As savvy contractors know, missed scope is prevented by meticulously transferring every aspect of the project's scope of work into your estimate, and then making sure all of your bidders included everything. There is no substitute for being thorough while estimating. You can maintain proper thoroughness by reviewing each bid and going through a checklist within your estimate to make sure each bidder included everything they were supposed to, but listing the requirements for each bid package for your bidders either on a separate bid form, or even better, within your bid management software, is easier and saves time on bid day. It just requires more upfront work. Warning: Not all bidding software allows you to communicate the scope of work for each bid package to your bidders and even fewer software applications provide a confirmation when a bid is submitted that the bid is per the bid package's requirements, but BuildBoss Bid Pro does!

6 Common Estimating Mistakes and How to Prevent Them 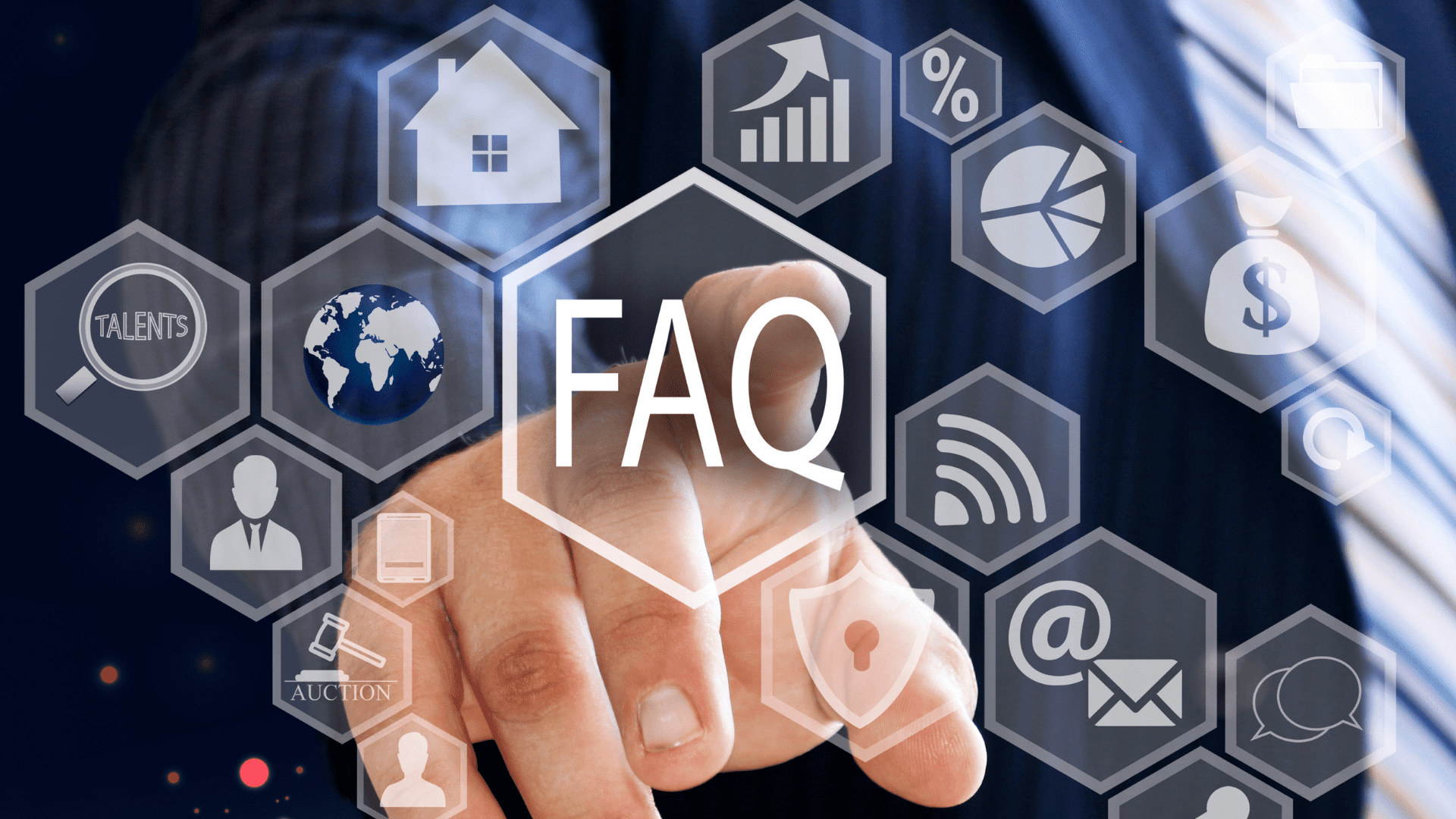 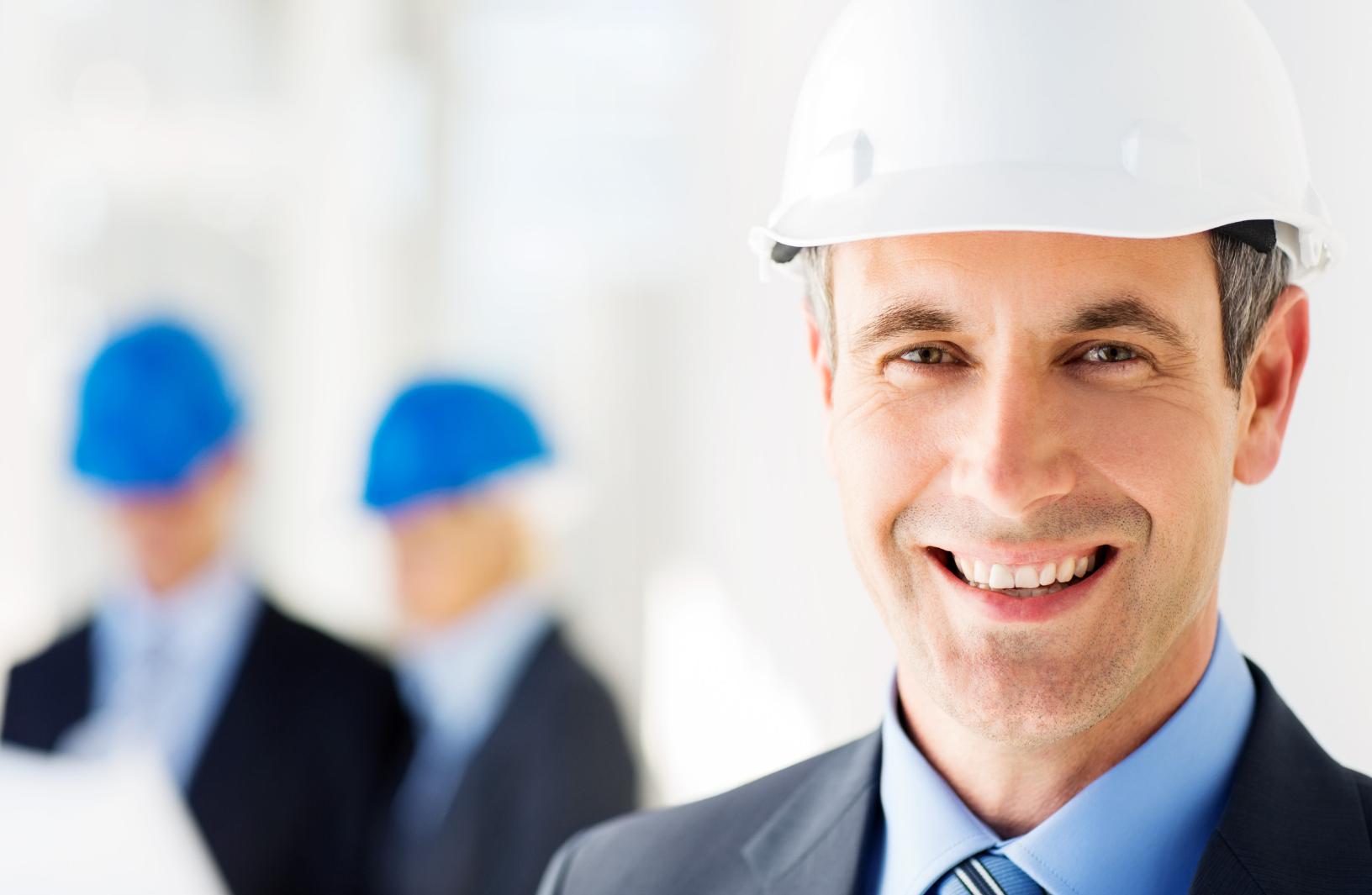 Build Like a Boss With Better Bid Management Software

THANK YOU FOR SUBSCRIBING!

We use cookies on our website to give you the most relevant experience by remembering your preferences and repeat visits. By clicking “Accept”, you consent to the use of ALL the cookies.
Do not sell my personal information.
Cookie SettingsAccept
Manage consent

This website uses cookies to improve your experience while you navigate through the website. Out of these, the cookies that are categorized as necessary are stored on your browser as they are essential for the working of basic functionalities of the website. We also use third-party cookies that help us analyze and understand how you use this website. These cookies will be stored in your browser only with your consent. You also have the option to opt-out of these cookies. But opting out of some of these cookies may affect your browsing experience.
Necessary Always Enabled
Necessary cookies are absolutely essential for the website to function properly. These cookies ensure basic functionalities and security features of the website, anonymously.
Functional
Functional cookies help to perform certain functionalities like sharing the content of the website on social media platforms, collect feedbacks, and other third-party features.
Performance
Performance cookies are used to understand and analyze the key performance indexes of the website which helps in delivering a better user experience for the visitors.
Analytics
Analytical cookies are used to understand how visitors interact with the website. These cookies help provide information on metrics the number of visitors, bounce rate, traffic source, etc.
Advertisement
Advertisement cookies are used to provide visitors with relevant ads and marketing campaigns. These cookies track visitors across websites and collect information to provide customized ads.
Others
Other uncategorized cookies are those that are being analyzed and have not been classified into a category as yet.
SAVE & ACCEPT